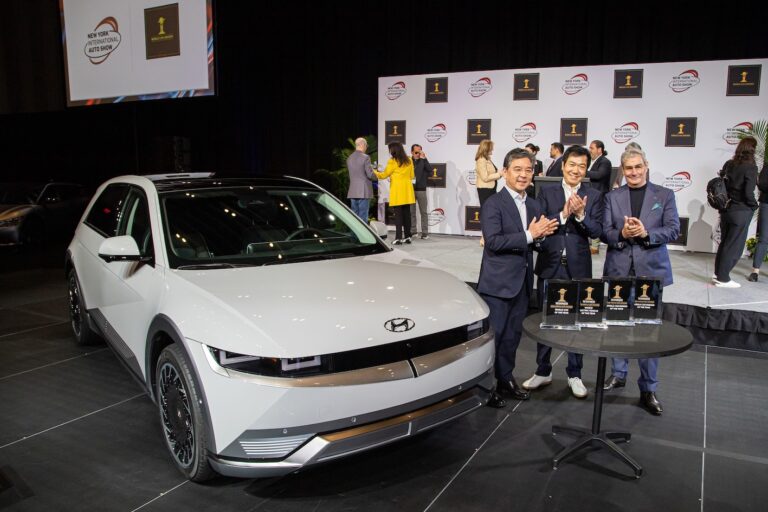 Hyundai’s Ioniq 5 EV has enjoyed a trio of wins at the 2022 World Car of the Year awards announced at the New York Motor Show.

Luc Donckerwolke Executive Vice President and Chief Creative Officer of Hyundai Motor Group was present in New York to accept the award and was also awarded as the 2022 World Car Person of the Year as well.

The World Car of the Year awards are decided by secret ballot by a jury of 102 automotive journalists from 33 countries. To be eligible for the awards, cars need to have been on sale in at least two major markets on at least two continents between January 2021 and March 2022.