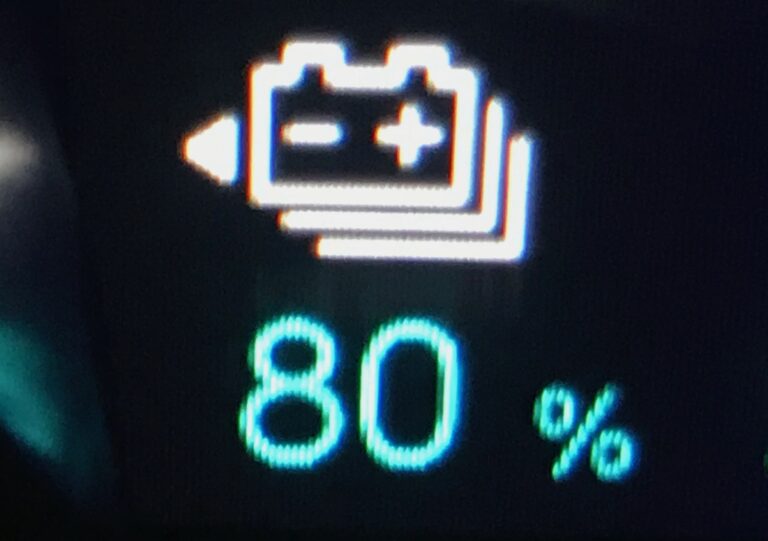 EV charging to 80 per cent – the facts

Charging times for fully-electric vehicles are always a thorny subject.

Here at EVs Unplugged, when quoting charging times we prefer to quote the time taken for a maximum charge on the battery, whether it’s a fully electric car or a plug-in hybrid.

However, on the websites of most EV manufacturers, you will often see a charging time quoted for a charge from zero to 80 per cent. The more powerful the charger, then the faster your car will charge – as long as it’s capable of taking that charging rate – but on a 50kW charger, most EVs can reach that 80 per cent in up to an hour and a half or often less.

Why do they all quote a time of 80 per cent? There are two reasons. The first is to retain the long-term health of the battery pack as long as possible. Rapid charging at 50kW or more is for when you’re out on the road and, as the name suggests, need a rapid charge for immediate extra mileage rather to charge the battery to its maximum.

The main reason for that quoted time up to 80 per cent can be discovered if you need that maximum range at a rapid charger. Many rapid chargers have time limits on them anyway, but beyond that 80 per cent, the charge rate slows down considerably to protect that battery health. The result is that that remaining 20 per cent of charge can often take as long as, if not more than, that initial charge up to 80 per cent. That charging curve is most definitely not linear.

The best analogy of the charging curve of an EV is to imagine filling a cinema auditorium with people. At the start, as people file in, it’s easy to find a free seat, so lots of people can come through the door (rather like the rapid charge rate). But, as the cinema fills and it becomes harder to find a free seat that flow of people inevitably has to slow (again akin to the charger rate) to entirely fill all of the seats.

This was obvious when US car magazine Road and Track wrote a feature about driving a Porsche Taycan across the US from east of New York to the coast of California. Using the Electrify America charging network, they chose to stop more frequently for less time to get up to 80 or 90 per cent of charge rather than attempting to stay longer to get a maximum charge.

For most EV users who are charging at home or at work at slower charging levels up to 7kW, possibly overnight, this charging curve isn’t so obvious or, frankly, a problem. It only becomes more of an issue when either in a hurry or needing to maximise your range as much as possible.