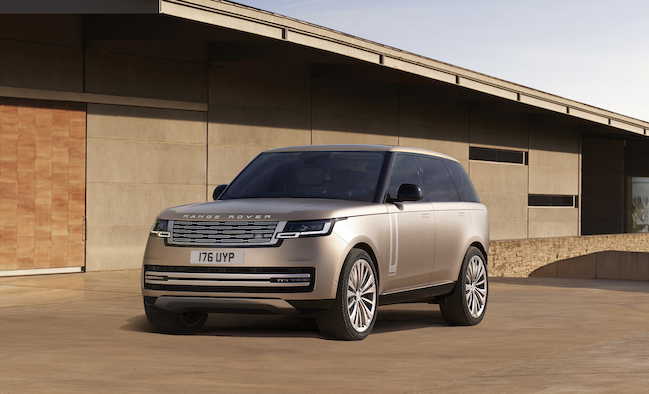 The iconic Range Rover 4×4 might have been through plenty of changes during its fifty-plus decades, but few will be more significant than those introduced for this new fifth-generation model.

As a luxury car driven by high achievers, royal families and world leaders, there’s a lot of pressure on the Range Rover to be better than ever. Yes, it needs to be more luxurious and more comfortable as well as using better materials and being more desirable than ever, but it also needs to be more efficient, more economical and more eco-friendly, embracing the demands and needs of a rapidly changing world and audience.

Some of that, in reality, is to be expected. Materials and comfort levels are almost an accepted given when you have a list price that doesn’t even start until £94,400, but realising those eco-driven demands isn’t easy when you’re talking about what is a large 4×4.

The good news is that at first glance this new Range Rover appears to do that. Not one but two plug-in hybrids will be on offer with the equivalent of either 434bhp or 503bhp (badged as the 440e and 510e respectively), while it represents a substantial step-change on from the current plug-in hybrid Range Rover. A fully-electric version will also arrive into showrooms in 2024.

With a 3.0-litre petrol engine and a 38kW battery, both Range Rover plug-in hybrid models will boast an incredible electric range of 70 miles on a full charge and be capable of operating in EV mode at speeds of up to 87mph. Land Rover insiders even admit that during testing in real world driving outside of the clinical laboratory test conditions, the Range Rover has been regularly achieving at least 50 miles on a full charge easily. According to Land Rover, that’s enough for 91 per cent of typical Range Rover journeys to be undertaken under electric power.

All that is also enough to give the new Range Rover emissions of just 18g/km and, with that substantial electric range, put it into a company car tax band of just five per cent for FY 22/23 when it goes on sale after the standard mild-hybrid engine versions.

A full recharge at a 7kW home wallbox will take five hours while a zero to 80 per cent charge at a 50kW charger takes an hour. As with other Land Rover plug-in hybrids such as the Evoque and Discovery Sport P300e, the new Range Rover will be able to be charged using a rapid CCS charger as well as a standard Type 2 cable.

Another crucial difference between this Range Rover PHEV and its predecessor is that the charging port has moved to the rear wing as on the Range Rover Evoque P300e PHEV and Land Rover Discovery Sport P300e PHEV rather than the front grille as before.

Unfortunately as far as those customers after one of the plug-in hybrid versions are concerned, they won’t be able to take advantage of one of the new Range Rover’s other biggest new changes. While in internal combustion engine form, the new Range Rover will be available with either four, five or, in the long-wheelbase version, seven-seats, the plug-in hybrids will not be available as a seven-seater due to issues around weight. As insiders freely admit, unless Land Rover can accelerate its weight saving programme, those limitations on the seven-seater model will be true for the fully-electric model due in 2024 too.

While the rest of the Range Rover line-up starts from £94,400, prices for the plug-in hybrid models have yet to be announced but are likely to start from around £105,000 with first deliveries starting in early summer.