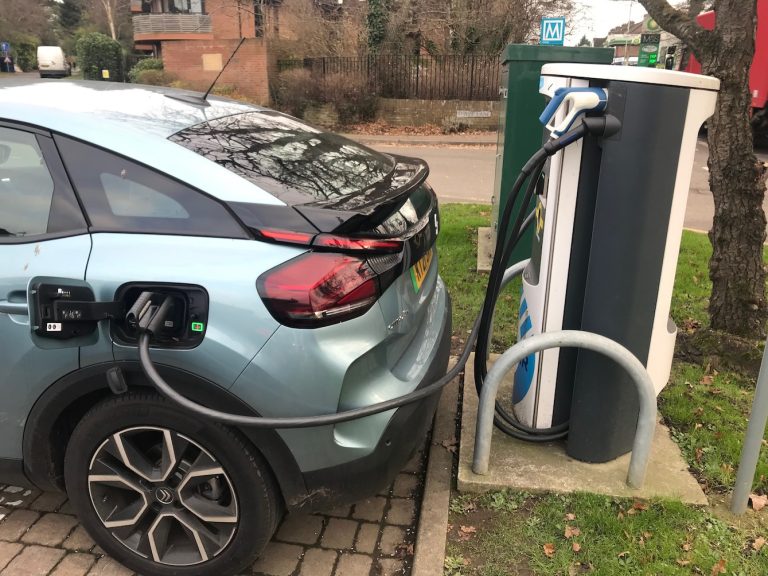 How to save money when charging your EV

There’s no question that running an electric car as your household car is cheaper than running a traditional petrol or diesel car. But how can you maximise those savings to ensure that you’re spending as little as possible when recharging?

Unlike with petrol or diesel, with an EV you have far more control over the costs of refuelling. Yes, when filling up with petrol or diesel you can shop around, go to cheaper supermarket filling stations and so on, but ultimately that usually only saves you a few pence per litre.

When it comes to an EV and recharging your car however, those differences can be much more dramatic – and better yet, you often have more control over them too. Obviously the same issues apply for a plug-in hybrid as well, but as EVs tend to be charging more frequently and for longer, we’ll refer to those throughout.

It goes without saying that the cheapest place to charge your EV is at a free charger. Some businesses still offer free charging points to encourage business, but these are becoming increasingly rare. However, even if it’s a slow 3kW post, on the basis that something is better than nothing, then it’s worth plugging in.

The next cheapest location is undoubtedly your home. Clearly when choosing or renewing your home utilities, there is the option for a variety of different electricity rates per kwh. According to the latest data from the Department for Business, Energy and Industrial Strategy, at the time of writing, the average UK electricity price is 17.4 pence per kWh.

There is some kwh efficiency lost in the charging process, but to keep things easy for comparison purposes, we’ll use that price point. So, put simply, if you could fully charge the 50kW battery in our Citroen e-C4 from 0 to 100 per cent with 50kWh of electricity, that’s 50 x 17.4p which is £8.70.

That £8.70 is at the UK average though. If you opt for an EV-specific tariff such as Octopus Go, that currently sees rates drop to just 7.5p per kWh between 00.30 and 04.30 each night. The downside is that you then pay a slightly higher rate (around 24-25p/kWh) for the rest of the day, so you need to calculate whether it’s worth it, especially if you work from home and use electricity during the day. For comparison however, if you managed to do all of that same 50kWh charge during those cheaper off-peak hours, it would cost just £3.75.

So that’s charging at home, what about your charging costs on the road? This is where the picture is rather less clear, although there are a few simple rules. Like petrol or diesel, you usually pay a premium for location. So, as a general rule, you’re likely to pay more if you charge at a motorway service station rather than a quieter, less busy charging point.

The same goes, again generally, that you’ll probably pay a premium for convenience. So rapid chargers of 50kW and above are usually slightly more expensive to charge at than others – although again, some companies such as Gridserve have committed to a lower price at the likes of their electric forecourt service station at Braintree. To give you an idea of how expensive that could be, Ionity charges 69p/kWh for its rapid chargers of up to 350kW, so that 50kWh example charge for our Citroen e-C4 we used earlier would suddenly be… are you sitting down… £34.50. Ouch.

The good news is that charging on the road can be, and is getting, a lot cheaper. Using Ionity as an example, if you choose to enter into a tariff agreement with one of Ionity’s linked car manufacturers, then that same charge can drop to the likes of 28p/kWh but it does incur an additional monthly subscription fee. You have to know that you’re going to be using one particular make of rapid charger regularly to make it worthwhile.

Many charging operators use similar membership plans to reduce their prices too. These can sometimes be free or have a subscription. Take BP Pulse for example, if you use one of their 50kW chargers, they charge 35p/kWh. With their free membership plan, that price drops to 29p/kWh or, if on subscription, to 23p/kWh. Again, using our Citroen e-C4 50kWh charging example, that’s the difference of £17.50 or £11.50, so the membership savings could soon add up if you’re using those charging points regularly. Just make sure you include that subscription fee when calculating your costs beforehand.

Finally, there are other factors to take into account when calculating the cost of your charge. Some charging point operators require you to take out an account with them and pre-load it with credit before charging. While most are dropping this in favour of plug-and-pay contactless payments, you can still find them which is frustrating. Or they can add a ‘connection fee’ on top as well, usually only a pound or two, but it all adds up.

There is also often an overstay fee at faster chargers too. Many rapid charger providers such as BP Pulse add an additional fee if you charge for longer than 90 minutes on a charger of 50kW or more to allow as many users to access it as possible. For BP Pulse, that’s an extra £10, so if you need to maximise your full range then you need to be careful not to go beyond that.

And lastly of course, there is the issue of parking. Some charging points are in car parks or private land, where you often have to pay a parking fee on top of the charging fee. It should be obvious, but look out for signage around the charging point or alternatively check online with Zap Map and any comments from previous users. Others in urban areas may be protected by CCTV, so need you to just register your number plate before leaving to ensure you don’t get a later fine.

So whether it’s £3.75 or £34.50 or at home or on the road, reducing the cost of charging an electric car can be very easy as long as you keep an eye on exactly how much you’re paying, not just the headline cost of the charge itself.